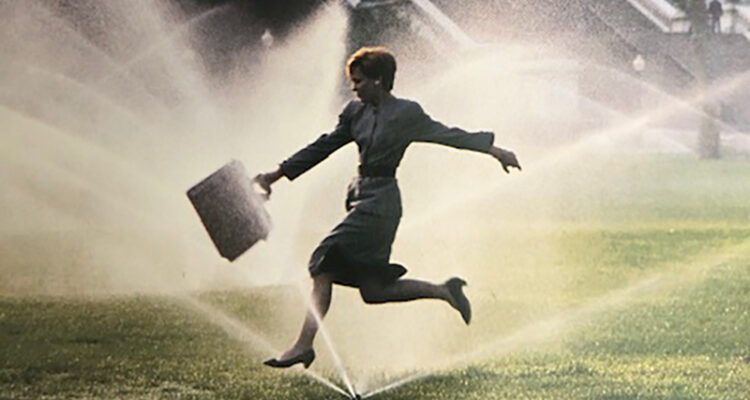 A Tyler Treasure: Kathryn Turman, On the Frontline of History by Pat Wheeler

Kathryn Turman is a wonderful conversationalist. Given her long and
laudable career in public service, citing that attribute is a testimony to the
Tyler native’s gracious personality and captivating storytelling,
not to mention refreshing in this era of texting and tweeting.

Speaking from her new home just outside Nashville in the
hills of Tennessee, Turman puts you on the front lines
of history by recounting her role in helping the families
of victims of tragedies like the Pan-Am Flight 103 that was
sabotaged and crashed in Lockerbie, Scotland, in 1988 and the
9/11 attacks of 2001. Assisting the families was a large part of her
job capacity, first with the Justice Department and then the FBI.

Turman retired from the FBI at the end of June and shared
her experiences during the course of two long and interesting
conversations. She revealed her call to public service and shared
memories of growing up in Tyler.

A 1972 graduate of Robert E. Lee High School, Turman recalled
attending movies at the three downtown theaters of that time:
the Tyler, Liberty and Arcadia. She also mentioned the Christmas
parade and shopping at Mayer & Schmidt department store
downtown, “Mayer & Schmidt had those tubes that the clerks
used to put your cash or checks into and then they were zipped
upstairs,” Turman said. “And it was a big deal to eat at Tiki
Burger or the new Pizza Hut on Fifth Street. And most of all, I
remember trips to my grandparents’ farm at Noonday. Now that
was a treat.”

From Tyler, she moved to Austin and earned a degree in sociology
from the University of Texas in 1976. “I just remember saying to
myself that I wanted my life to be more than just long,” Turman
said. “I wanted to make a contribution.”

After graduation, Turman moved to Dallas and pursued a career
in business before deciding to make a change, “My time in Dallas
was kind of spent finding myself, if you will,” Turman said.

Turman was able to make the move from Big D to Washington,
DC, and work for the late John Heinz, a Senator from
Pennsylvania who died in a plane crash in 1991. “Public
service was always appealing to me and through the help of
Congressman Jim Collins of Dallas, I was able to get a job
with Senator Heinz and move to Washington,” Turman said.
“Working for Senator Heinz was very rewarding because he
was kind of a role model for me.”

Heinz was known for his compassionate work with the nation’s
growing elderly population and noted for being instrumental in
pushing through legislation that put the Social Security system
on sounder financial footing. He also played a major role in
strengthening laws regulating retirement policies, pension plans,
health insurance and nursing homes.

After Senator Heinz’s untimely death, Turman was forced to
make a move that ultimately would put her on a career path
that culminated with her becoming the architect for the victims
assistance program with the FBI. She joined the staff at the US
Attorney’s Office for the District of Columbia where she met a
prosecutor named Robert Mueller, who later headed the FBI.

Before she moved to the FBI, Turman became the director
of the Office for Victims of Crimes (OVC) with the justice
department and crossed paths with Mueller in 2000 when
the two were involved with an eight-month trial in The
Netherlands for the Pan Am 103 flight that crashed in Scotland
on December 21, 1988. Turman and her group were charged
with providing assistance for the families of the 270 victims,
from the USA and 20 different countries, during the prolonged
trial. That assistance involved travel arrangements and closed
circuit television availability to those remaining at home,
which at the time was unprecedented. Two Libyan intelligence
officers were tried: one convicted, one found “not proven” under
Scottish law. The case remains open even today and regrettably
was a harbinger of things to come.

In the aftermath of the 9/11 terrorist attacks, Turman was
approached by Mueller to start a victims’ assistance division
of the FBI. She agreed to accept the job with one humorous
caveat, a good parking spot in the nation’s capital. “I know it
sounds funny, but getting a place to park in DC is a big deal,”
Turman said.

Turman assumed her role as the assistant director of the FBI’s
Victim Services Division in January of 2002 and held it until
her retirement at the end of June in 2020. She had prepared
for this important job after more than a decade in a similar role
with the Justice Department. Mueller cited Turman’s high level
of commitment and competence when he asked her to join the
FBI. “The victim assistance plan she developed for the Lockerbie
prosecution became the backbone of the FBI’s approach to
supporting victims of terrorism and federal crime,” Mueller said.

Turman explained her division’s role at the FBI.

“People have different time frames
when they recover or cope with
these things,” she said. “But it’s the
immediate aftermath, if you do it
well, that helps people on the road to
coping and kind of adjusting to life
afterwards.”

Such horrific events as 9/11 have been such a part of the historical
landscape of America this century. Just consider the subsequent
terrorism or mass shootings she and her group with the FBI have
encountered since 2001. There was the bombing at the Boston
marathon and then the shootings at the Orlando nightclub and
the Las Vegas concert, just to name a few. “It is always difficult
and part of the reason for my retirement was that at some point
you are just spent,” Turman said. “But through our work, we
have seen people overcome their hardships and your faith in
people is restored.”

When Turman announced her retirement plans, Mueller was
effusive with his praise of her character, compassion and body of
work. “Kathryn is compassionate in the fullest sense of the word,”
Mueller said. “She doesn’t observe the suffering of others; she
enters into it. She has borne witness to the unimaginable pain of
countless victims.”

As a native of Tyler and a UT graduate, Turman remembers tragic
events and their effect on the American psyche as far back as the
Charles Whitman shootings from the tower on the Austin campus
in 1966. But she also remembers the uplifting memorable moments
like the first walk on the moon in 1969. “We all remember where
we were that July night,” Turman said. “It was the summer after
my 9th grade in school so I was at a friend’s house watching and
then never looked at the moon in the same way again.”

Turman recounted a funny story relating to the moon walk.
“I remember meeting the late Dick Bass of Dallas and he was
quite gregarious and well-traveled,” she said. “He was an avid
mountain climber and flying somewhere to connect on a flight
to go and climb Mount Kilimanjaro again. He kept regaling the
guy seated next to him with tales of his adventures and finally,
just as they landed, apologized and asked the man his name. It
was Neal Armstrong!”

Turman also recalled the late Walter Cronkite sharing his memory
of covering the New London school disaster of 1937, when 295
children and teachers perished in Rusk County. “He told me he
never got over that assignment. It was something he said he could
never erase from his mind.”

Of her own childhood memories in Tyler, Turman enjoyed
recounting a simpler time and place. She still visits her mother in
Tyler while her two brothers Steve and Keith now live in Iowa and
Dallas, respectively.

“I’m looking forward to my retirement and working in the
garden,” Turman said. “And I am proud of what we were able to
do to help people through our division of the FBI.” The current
director of the FBI, Christopher Wray, cited novelist Ray Bradbury
when commenting on Turman’s retirement. Bradbury wrote this:
“It doesn’t matter what you do, so long as you change something
from the way it was before you touched it to something that is like
you when you take your hands away.”

Turman, with her tireless dedication to helping others, did just that.