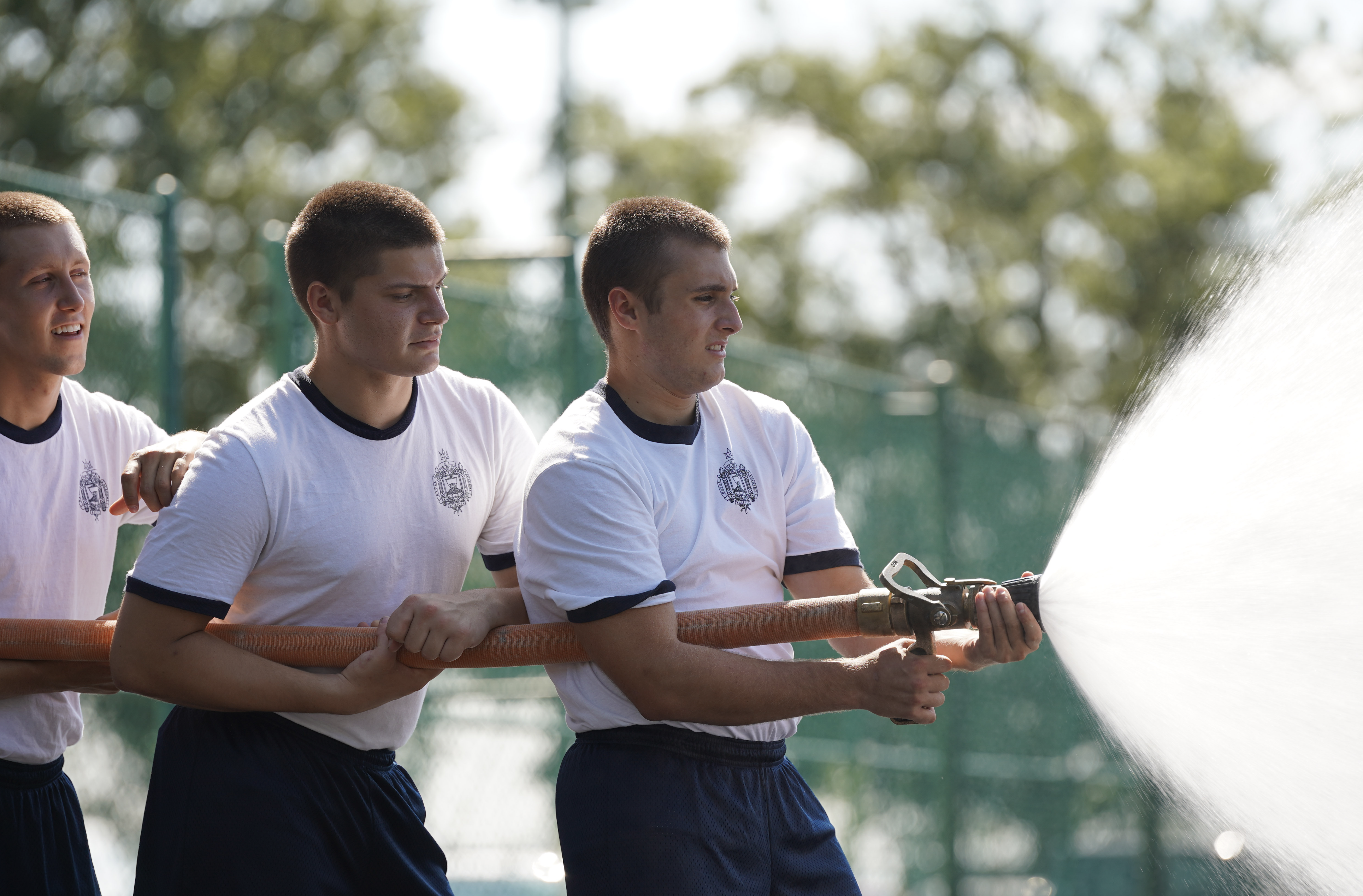 When Michael Foley graduated in 2020 from Robert E. Lee High School there was never a question in his mind what his next step would be. With an appointment from Congressman Louie Gohmert, Michael entered the U.S. Naval Academy at Annapolis. “My father, uncle and both grandfathers all served in the military, and since I was very young, I knew I wanted to one day serve my country,” says Michael enthusiastically.

Michael is the son of Carol and Kevin Foley. His dad is in the Information Technology industry and his mother, a teacher by career. He has a younger sister, Nonnie, who plays goalie on the girl’s varsity soccer team for Tyler Legacy High School and FC Dallas. Her main passion is horses, and she rides competitively. “We are a close family,” says Michael. “We have three dogs, two cats and a horse. Our parents have always been supportive of our interests.”

Michael is the first in his family to serve in the Navy. One grandfather served in the Vietnam War, rising to the rank of colonel, and the other was a dentist in the Air Force. His father and uncle served four years in the Army, both as first lieutenants. “They are the men I idolized my whole life. They are the people I most want to be like,” Michael says with great pride. “Throughout my childhood, my parents gave me the opportunity to do whatever I wanted to do in life. They never dictated what I should do, always leaving that decision to make on my own.”

As a plebe and first year student at the Naval Academy, he is not allowed to declare a major, although he has given the matter a great deal of thought. “My plan is to major in either quantitative economics or chemistry. If I choose economics, then my plan is to pursue a law degree. With chemistry, it would be to get a medical degree. I have given consideration to a lifelong career in the Navy as a lawyer or medical doctor. I just have not decided what direction I want to go, yet.” What is certain at the moment is that he is committed to serving his country in the Navy.

His education at the Academy is year-round. From August to May, he will concentrate on classroom activities. In the summer, he will be involved in military training. He will have two weeks of summer leave before he starts his academic classes again in the fall. Michael is looking forward to both the classroom work and to the military training. “I will get my education, but also will be learning everything about what it means to be serving in the U.S. Navy. When I complete my education, I will be commissioned as either an ensign in the Navy or a second lieutenant in the Marines Corps. It just depends which area I select later.”

The biggest difference in his life since graduating high school and starting at the Academy is how his personal attitude has been affected. “In high school, I was focused on school activities. Now, I am studying to be prepared for my life’s work. Knowing that what I am doing is significant is very inspiring to me. I take this all very seriously.”

Regardless of how he views his life up to now, there is no question that Michael always took his life seriously. He was a model student in high school—graduating in the top 4% of his class—excelling in his studies, especially math, history and science. He also took part in many extracurricular activities. He competed on the debate team for two years, twice making it to the state championship in his freshman and sophomore years. He played on the varsity baseball team and served as student body president his senior year. He was also inducted into the National Honor Society. Not content with merely taking advantage of school-sponsored activities, he spent eight years in scouting, achieving his Eagle Rank at the age of seventeen.

“Scouting was important to me. Several of my childhood friends started in scouting with me. I fell in love with scouting after our very first campout. The words of the Scout Oath still have meaning to me: ‘On my honor I will do my best to do my duty to God and my country and to obey the Scout Law; to help other people at all times; to keep myself physically strong, mentally awake, and morally straight.’ The values you learn in scouting stay with you forever,” Michael explains. “It is the first exposure a boy gets to leadership skills at a peer-to-peer level. Sometimes, there are kids at school who like to poke fun at people who are in scouting. It’s not always considered ‘cool.’ But I never experienced that. My friends knew it was important to me and they accepted and encouraged me. All of my friends were supportive. They all attended my Eagle ceremony, and that was cool.”

Michael also says that a leading factor in his life has been his spiritual growth. “My Christian values outline the person I strive to be. I try to be the best servant possible. Since joining the Navy, I learned that the Academy encourages spiritual growth. They demand good moral character and high standards of good citizenship. Spiritual growth is a big thing because it gives you the foundation you can always fall back on. It gets you through the day.”

Not only does Michael display a strong sense of duty, a desire to do the right thing, he also embodies a spirit that manifests itself in a desire to help his fellow man. “I believe that the United States is the greatest country in the world. At the same time, I want to take a holistic view toward the entire world. My role in the world is to be the best citizen I can be, to have strong moral character and integrity. I want that to translate into everything I do. Living that way can have a ripple effect that can help combat the tensions facing all of us, especially during times when things are really tough.”

Having lived through the current pandemic at such a young age has, no doubt, helped Michael form his opinions about the world around him, and his role in that world. “I had several mentors in my life. I value the knowledge I learned from the people who mentored me. I hope someone will ask me to mentor them. Helping others as a mentor is one of the most important things I think I can do. I look forward to helping my sister with her college career decisions.”