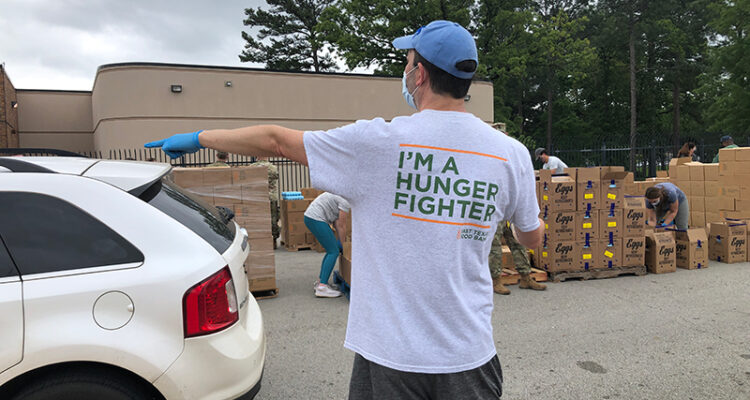 With an increase in demand for food assistance and
decrease in food donations and volunteers, the
COVID-19 pandemic has created the “perfect
storm” to amplify the hunger crisis in East Texas. But that has not
stopped the East Texas Food Bank from continuing its mission
to fight hunger and feed hope during the pandemic. Established
in 1988, the East Texas Food Bank is the largest hunger-relief
nonprofit in East Texas, covering 26 counties. The East Texas
Food Bank works to feed East Texans through a network of
more than 200 food pantries and feeding programs, as well as
strengthening families by providing nutrition education and
benefits assistance.

“The East Texas Food Bank and our food pantries and feeding
programs have continued to be on the frontlines ensuring our
hungry neighbors have access to the food they need during
this difficult time,” said East Texas Food Bank CEO Dennis
Cullinane. “Based on data from Feeding America, we’re
predicting that 40 percent of the families we are serving are
receiving food assistance for the first time ever. There are so
many East Texans who have done everything by the book, but
still find themselves in need of help.”

Due to the pandemic, Feeding America is projecting that nearly
one in four East Texans, including one in three children, are
facing hunger. The food insecurity rate increased to 22 percent,
which is up from 17 percent in 2018. The child food insecurity
rate rose ten points to 35 percent in just two years. That means
282,530 East Texans are facing hunger. The East Texas Food
Bank’s COVID response supports those numbers. From March-June, the agency provided more than nine million meals to over
46,000 families. Meals distributed increased 33 percent and
families served increased 74 percent compared to 2019.

The meals support working families that have been hit by the
pandemic, like David’s. David has a wife and three children
and recently attended a produce distribution. David said he
feels “just like everyone else right now.” David is currently
furloughed, and his wife just started back at work after being
furloughed for two months. “We are doing okay but really
feeling the effects of everything going on,” he told us. David was
grateful to receive the fresh produce and said that nutritious food
is especially important, and his family tries to maintain a healthy,
active lifestyle.

ETFB has also seen an increased need from seniors who were
already having to make the hard choice between paying for the
electricity bill, buying their medicine, or purchasing groceries.
One example is 63-year-old Michael, who takes care of his
93-year-old mother, who has dementia. Before the pandemic,
Michael was already on disability and had a compromised
immune system. He was not able to safely get out to a food
pantry, so he had an emergency food box delivered to his house.
When talking about the East Texas Food Bank, Michael said,
“Basically what y’all are doing is keeping people going. I know
there are worse people off than us, but if we didn’t get that box,
we probably wouldn’t have anything.”

To respond to the pandemic, the East Texas Food Bank
immediately changed its service model. Partner agencies that
were able to stay open started operating as drive-thru pantries.
The production line stopped building items for the in-school
programs and packed over 51,000 emergency food boxes with
non-perishable items. The Benefits Assistance Program and
Nutrition Education Department began conducting their
programs online. To help with the extra demand, 34 Texas
Army National Guardsmen were deployed to the East Texas
Food Bank. “Our hunger-relief work is far from over, but we
know that because of our generous community members, we’ll
be able to keep providing meals for our hungry neighbors like
David and Michael. Our hungry neighbors are going to be
feeling the effects of the pandemic for months to come and
our work would not be possible without our community’s
support,” Cullinane said.

Cullinane encourages the community to join their fight
against hunger during Hunger Action Month in September, a
nationwide push to get communities involved with the hunger
crisis across the country. While it may look different this year
without large in-person events, there are still ways every East
Texan can join the fight. 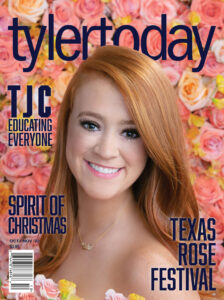