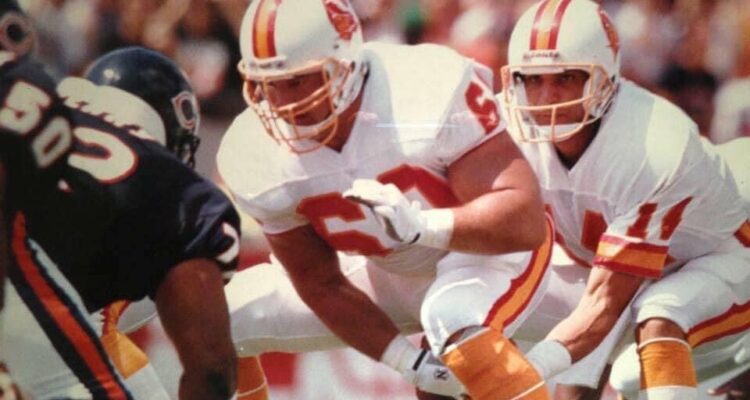 Authors Among Us – Randy Grimes

Every NFL player lives with pain resulting from innumerable brutal hits on the gridiron. Players quickly learn that to make it, they need physical and mental toughness to play through that pain. If they don’t find a way, other guys will snatch their positions in a heartbeat.

To keep players in the game, team doctors mend their injuries and manage their pain. Once a player leaves the game for good, however, they’re on their own. But that doesn’t mean the pain goes away. For too many players, the medication they took to stay on the field follows them into retirement. Sometimes, the medicine that “cures” turns into a poison that kills. Ask me, Randy Grimes. I played center for the Tampa Bay Buccaneers for a decade. In 1992, I left pro football with more than just accolades and injuries. I also gained an addiction to pills that cost me relationships, jobs, homes, cars, and nearly my life.

The CDC reported more than 120,000 deaths in the twelve-month period ending in April 2021, a 28.5 percent increase from the previous twelve-month period. Many say that number is under reported. Overdose deaths because of Opiates is the leading cause of death for people 18-45. And many new heroin users started by misusing prescription pain medicine. The good news is that no one needs to struggle alone. I refused to be defined by my addiction, and got help.

I am proud of my NFL career. But I’m even prouder of telling my story: that of a ten-year starting center getting knocked completely off center by addiction. Today, my story offers hope to athletes and non-athletes struggling with addiction. I’ve witnessed countless people go from despair to redemption.

In September 2019, I was inducted into Mike Ditka’s Gridiron Greats Hall of Fame for my fight against addiction—a feat requiring as much mental toughness as playing pro ball. In football, we say, “You are only as good as your team.” It takes a support team to beat addiction. No one does it alone. Together, we can beat addiction.

“This story goes beyond football, fortune, and fame. It shows what it’s like to be caught up in a deadly fixation on drugs, and offers a playbook for getting back in the game of life.” ~excerpt by Mike Ditka (Head Coach Chicago Bears)

Baseball may be America’s pastime, but from the fall to the middle of winter, every home in the US has at least one football fan. Starting at a young age, I played both sports. But by the time I entered high school, football became an extension of my religion and life itself. Many boys can relate to loving football. However, loving the game doesn’t necessarily mean it’s easy to play at the highest level. For every ten thousand high school boys that play, only about nine of them, or .09 percent, make it into the NFL. Top players need the right genes—ones that give them the size, speed, and strength the game requires. On top of genes, it takes discipline, training, and coaching to reach peak performance. Finally, it takes a good deal of luck.

I guess that makes me lucky. Football players today better understand the risks involved in playing such a brutal sport, especially long term. Almost every player I’ve known talks about how hard it is to get out of bed each morning due to deep bruises and aching joints. Today’s players are savvier to the risks.

Like many athletes, I measured my self-worth based on how well I played. As I evolved from rookie to seasoned veteran, the physical blows left me with perpetual pain and discomfort. The longer I played, the more I feared a career-ending injury, threatening not only my livelihood, but my identity. I planned to do whatever necessary to stay on the field. My resolve led me to pain medications and tranquilizers. I had to work through the nagging injuries and needed sleep to recuperate after each practice and game, so I justified the pills. Besides, they were handed out by team doctors and trainers who I trusted. If those drugs could keep me on the field, I’d take them. But even before the big lights faded and my football career folded shut, I kept a secret from everyone: I’d started taking pills throughout the day, every day. My little secret wouldn’t stay hidden forever, nor would my lucky streak continue. What started off as pain relief became an obsession that nearly destroyed all that I touched in the process. This is my story of having it all while playing the sport I love, losing almost everything, and finding redemption and hope—before it was too late.

Growing up in Tyler, Texas, provided me with some of my life’s greatest memories. Clarkston, Moore, Hubbard, Robert E. Lee and all the people, places, and things intertwined with those settings furnished me an amazing childhood. “Friday Night Lights” at Rose Stadium, pep rallies, campus signs, and teammates fueled my desire to be the best. Football came easy for me. The opportunity to continue playing at Baylor University was a God thing. Meeting my wife Lydia on the first day of class our freshman year, going on our first date that night, and marrying her after our junior year seemed surreal. The thought of taking football to the next level, the NFL, was just a dream. To think someone would pay me to play a game I’d gladly play for free was beyond comprehension. Until it happened.

I was drafted by the Tampa Bay Buccaneers in the 2nd round, the 45th player selected in the 1983 Draft. We were so excited. The thought of moving to the seaside community of Tampa, Florida, was exciting. I had never even seen the ocean before at this point. We loaded everything we owned into a small U-Haul, hooked it to our burgundy Cutlass Supreme, and out I-10 east, from Waco,  we went, to begin our lives together and my career in professional football. There was no indication of what lay ahead for me. No genetic predisposition, no history of substance abuse, no trauma to speak of. I had no idea what an opioid was.

My rookie year, I had a locker next to the great Lee Roy Selmon. Lee Roy taught me how to be a pro. How to be a man on and off the field. We had many deep conversations sitting at our locker. The first thing I learned from Leroy was that football was no longer a game … it was now a job. The second thing I learned from Leroy was that you do whatever you have to do to stay out on that field, because if you’re not out there in your position, somebody else would be, and you can never let that happen. You never want to get the reputation of always being on the injury report, always in the training room hurt, or always in line to see the doctor—because that was a reputation you would never get away from, in what was sure to be a short NFL career. I’m sure Lee Roy Selmon did not intend for me to throw down handfuls of pain pills every day and handfuls of sleeping pills every night, but that was what I was willing to do to be the best. To be All Pro. To be a Pro Bowler. To get that next big contract. To feed my family.

The next 20+ years was total chaos for myself and my family. When football was over and I did not have that uniform to wear anymore, or that playbook to look at, or that itinerary to go by taped to my locker. My life was in shambles. I had no identity when I wasn’t “Randy Grimes The Football Player” anymore. I sum up all those years by saying “God had plenty of opportunities to open the gates of heaven and let me in, what he chose to do was open the gates of hell and let me out.”

Writing this book was a healing process for the Grimes family and I hope those out there struggling with this disease of addiction will get something out of it.

Please read about my journey and my comeback at OffCenterTheBook.com. 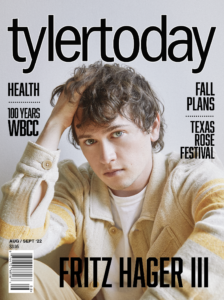