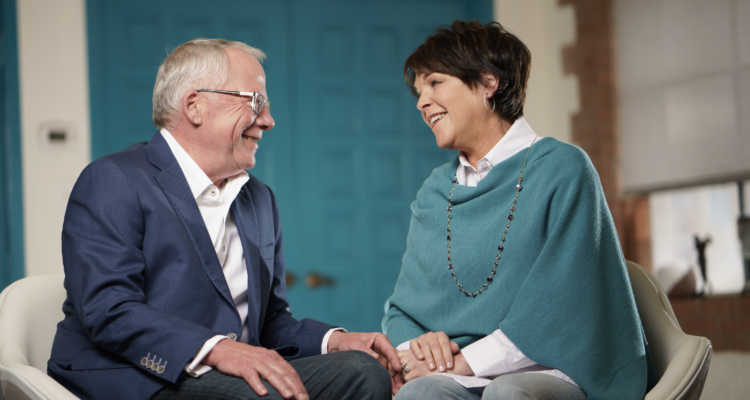 City of Tyler Mayor Don Warren sees himself as a visionary and dreamer who doesn’t like to hear the word, “no.” The Tyler native got his start in City government as a member of the Planning and Zoning Board and Commission after he and his wife Chelli agreed to make changes in their lives and free up their time to spend on passion projects and visiting their grandchildren. They both cut back on the hours they worked and began volunteer work with local nonprofit organizations.

“I was working twelve to fourteen hours a day. My life was all about work,” Don said. “We always enjoyed serving others, so I got involved with the Planning and Zoning Board. They help the City Planners by hearing resident concerns and requests for residential and commercial developments. It is the first sounding board for our residents on these issues.”

Don was then elected to City Council representing District Four. He served for three terms beginning in 2014 and developed a passion for public spaces. His love for parks and art paved the way for one of his favorite projects, the Bergfeld Park reconstruction.

In 2013, Don spearheaded a campaign and got a small neighborhood group together to raise money for a Bergfeld Park Master Plan. After his election to City Council, Don worked to implement the plan to rebuild the park. The City’s Half-Cent Sales Tax Board matched the funds. A new playground was installed at the park, the Amphitheatre was rebuilt, and Splasher the Dolphin fountain was relocated and renovated.

“We raised over $1 million,” Don said. “When I drive by and see the kids playing, I know we made it happen.”

City employees took pride in their work and made a dream a reality and they continue to do that with other projects.

He does not believe master plans should be developed and stuck away in closets or filing cabinets. He gets motivated by making things happen and building relationships in the City. Don announced his bid for Mayor in May 2019 after wanting a new challenge in life and wanting to check off the one thing on his bucket list. Due to COVID-19, local elections did not take place in May of 2020. Don waited and did more campaigning until the November elections, when he prevailed, and former-Mayor Martin Heines, who served six extra months, could move out of the role he had held for more than six years.

Even with the challenges of 2021, Don is excited to do more than just the basic services for the residents of Tyler. One way he does this is by making himself available. It’s not uncommon for residents to have Don’s phone number or email address. He makes it a priority to be accessible and respond to residents when they call or email.

For all of Tyler

Don’s campaign slogan “For all of Tyler” was not just a catchphrase for his election campaign. His love of Tyler and the people who live in the City are what motivate him to reach out and find out what struggles and problems people in the community are facing. “I want to reach out and sit at the table and find out the disagreements and problems,” Don said. “I want us to figure out the solutions.”

Don also loves to promote the City to businesses looking to build in Texas. He believes the quality-of-life projects like parks and local art means more than tax abatements to business owners and their employees. “It’s about what the City offers the people,” Don said. “Quality-of-life keeps people here. It means more than finding a good house. It’s the smell and flavor of the City and it takes the quality-of-life projects to get people here. It’s the feel of the City.” Don said he is excited about the future, meeting the people who live in Tyler and the employees who work for the City.

The biggest challenges Don sees for the City of Tyler are the health and welfare issues of COVID-19, struggling businesses, and the potential for racial tensions in the City. He said it’s important for residents to act respectfully, kindly, and responsibly. He also believes the resiliency of the people is what makes our community strong.

Don used the words fun, service, and authentic to describe himself on a recent City of Tyler Roses and Weeds Podcast. Those words are not hard to find when Don talks about his personal life and family. Don said he doesn’t have a bucket list because he does the things he is interested in as he goes through life. “I’ve gone where I wanted to go,” Don said. “Being the mayor is the number one thing on my bucket list.”

Don said his inspiration for public service came from the way he was raised, watching his father run for a state senate seat, his involvement in the community, and from people in his church. Don said he doesn’t put people on a pedestal for admiration because it allows you to be let down. He said he likes the leadership style of Ronald Reagan because he was respected by so many people.

Tyler is very personal for Don, so he and his family take his new role very seriously. Don was born and raised in Tyler where he attended Bell Elementary, Moore Middle School, and graduated from Robert E. Lee High School. Don wanted to be a movie producer when he grew up. He majored in TV and film production at Texas Tech University and worked at a TV station for a short time. After learning news producers don’t get paid a lot of money, Don found his way into the Oil and Gas industry.

Don and Chelli were engaged after dating for six weeks and married two months later. “Chelli and I hit it off and became inseparable,” Don said. “Our home is a very easy-going and bright home with bright colors and lots of art. We don’t overthink things. We do things on the spur of the moment and we are each other’s best friend and that is most important.”

Don and Chelli have two adult daughters: Ashley and Courtney and six grandchildren. Ashley and her husband John live in Tyler with their three children: Hayes (13), Emma (11), and Jordan “Jo” (9). Ashley is a Chiropractor with her own practice. Courtney and her husband Bryan live in Dallas where Courtney owns her own apparel manufacturing business. They have three children: Brayden (10), Charlie (8), and Birdie (4). Courtney and Bryan are expecting their fourth child, due in February.

“We try not to take life so seriously,” Don said. “But, when it’s time to be serious, we get serious.” Don said the Warren house is one of tradition, fun, and art. The Warrens are very active and artistic. Their home is a place where memories are made throughout the year and during the holidays. Don said those traditions usually don’t involve watching football.

One tradition the Warrens do during Christmas is a money hunt. Don’s daughters, Ashley and Courtney, their husbands, and children hunt around the house throughout the day for $1 bills. It’s a race to find 10 of those $1 bills and claim victory. “I buy gift baskets and other things for this,” Don said. “I’ll wrap a bill in foil and put it inside of a jelly jar. I glue bills between crackers. It’s a lot of fun. And, we usually walk over to Bergfeld Park after Christmas dinner. We like to make a family pyramid and get someone to take our picture.”

Another tradition around the Warren family dining table during the holidays is a joint art project. “Everyone gets a blank canvas and some paint,” Don said. “You get thirty seconds to paint on your canvas and then you pass it to the left after the thirty seconds is up. In the end, you have a piece of art that the family helped create.”

When Don and Chelli are not working in their community, they love to cook, travel, watch movies together, and play golf. “Knotting Hill is one of those movies that we watch that feels good,” Don said. “We’ve seen it over a hundred times. Julia Roberts goes to the bookstore and looks at Hugh Grant. She says, ‘I’m a girl looking at a boy asking him to love her.’ He’s a fun and serious guy and they fall in love.”

The Warrens combine their love of golf and travel and say their favorites have been Pebble Beach Golf Links in Pebble Beach, California, and Broadmoor Golf Club in Colorado Springs. “Chelli was a nervous wreck at the first tee box at Pebble Beach,” Don said. “There were a lot of people watching, but she hit the ball and had a big smile on her face.”

Don and Chelli also love to cook. They plan menus, cook together, share a cocktail, and eat together almost every night. “We save recipes from magazines and put them in a binder,” Don said. “On Sunday we sit down and go through the book and take out the recipes we want to cook during the coming week.” Their favorite dishes include chicken piccata, veal scallopini, fried chicken with gravy, Italian nachos, and homemade pizza made in Don’s Big Green Egg Kamado outdoor grill.

Eddie and Murphy are the Warren cats and Zoe and Marsha are their dogs. “I walk the dogs every day when I get home,” Don said. “They will not quit looking at me until we go for our daily walk.”

Don said being Mayor of Tyler has not changed him or Chelli. “My name is Don, and she is Chelli, not the Mayor and First Lady of Tyler,” Don said. “We are going to be the same today as we were yesterday—two people who love this community.”