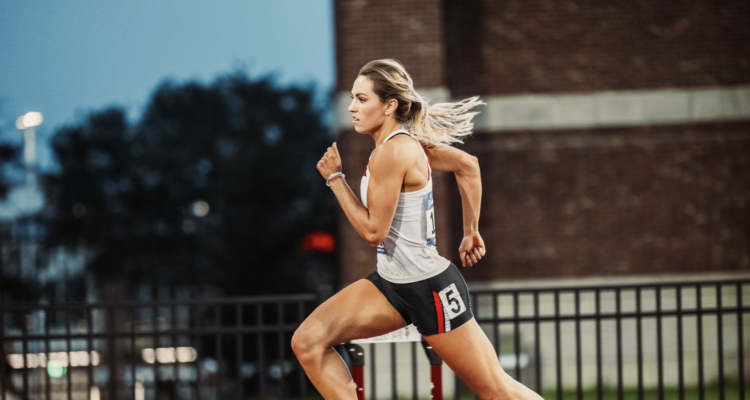 There are two types of athletes: those that are part of a team and those that compete as individuals. Most athletes who compete as part of a team measure their success by whether they win or lose. The obvious examples are football, baseball and basketball teams. The goal in those team sports is for each of the individuals on the team to work together as a single unit. It is the group dynamic in such sporting events that matters the most.

For the athletes who compete as individuals, success is often defined by what the stopwatch says their time in a particular event is. Improving their individual times provides a personal satisfaction that transcends winning or losing to another competitor. For those individuals, the competition is with themselves, much more so than against another athlete. In track, the individual may well be part of a team; however, it is the individual performances of each team member that affects the outcome for the entire team. It is possible, in such instances, that a single individual’s performance can lead the team to victory; or conversely, drag the entire team down to defeat. When every member of the team is performing at their optimum abilities, the best results are likely. If only one member is performing below optimum on a particular day, the collective performances of the other team members can compensate, and the entire team can still achieve a win.

Lexye Price is an athlete who has competed as both part of a team and as an individual. She is the daughter of Kellye and Rodney Price. Her mother recently retired after teaching in the Tyler ISD for twenty-nine years. Her father owns and operates Price International, a heavy truck dealership established by her grandfather in 1969. She has two older brothers, Parker (33), who lives in Longview, and Blake (29), who was a Division I athlete who played football at TCU 2010-2012, and now lives in Austin. Although the family is extremely close, Lexye grew up primarily as an only child due to the difference in ages between her and her older brothers.

Lexye graduated from Grace Community School in 2018. She began playing soccer at the age of five. She played on club teams, and by the time she was in middle and high school at Grace, she was a member of their respective soccer teams. It was in middle school when she first became interested in running track. She had always had good speed and started running track just for fun, but soccer remained her main sports interest throughout middle and high school. Her high school soccer team won the 2016 and 2018 TAPPS Division II state soccer championships. The Tyler Morning Telegraph selected her as the All-East Texas Soccer Player of the Year in 2016, and again in 2018. She ran track during all four years of high school and helped her team claim the 2018 5A Girls state championship by winning the 400-meter and 200-meter dash state titles her senior year. In addition to her athletic prowess in high school, Lexye was a member of the National Honor Society and maintained all A’s throughout high school.

After graduating high school, Lexye made plans to attend Texas Tech. Her dad, aunts, and uncles all went to Tech. One of her best friends from Austin started at Tech a year before Lexye, which was another influencing factor. One of the biggest influencing factors, however, was the opportunity to run track. Her high school coach, Steve Parsons, encouraged Lexye to reach out to Tech’s head track coach, Wes Kittley, to investigate the opportunity to run track. “Going to college, I knew I wanted to run track. I was a walk-on, without a scholarship on the line, and the coaches were encouraging and supportive,” Lexye explains.

Lexye earned a spot on the track team, which she said, “Was extremely challenging. Making the team was definitely one of the hardest things I’ve ever done, athletically.” As she continued working with the track team, Lexye kept achieving major milestones: ultimately qualifying for the Big 12 Championships, and Regionals the last two years, and going through to the 2021 NCAA Division I National Championship this year. At Regionals this year, there were two events that Lexye attempted to qualify for: 400 Hurdles and the 4X400 relays. She missed making her time in the 400 hurdles at regionals by three hundredths of a second. “My time was not nearly as good as my past times had been. I came in thirteenth, but they only take the top twelve,” says Lexye. “I had peace about it, knowing I had come so close. It was crazy to be so close, but I trusted that there was a reason for it; that God had another plan for me.”

At Nationals, Lexye and her team came in sixteenth place in the 4X400 relay earning them 2nd Team All American recognition. That is quite an achievement for a team on their first trip to Nationals. “What I did not know then was that my hurdles time of 57.41 fell within the range to time qualify for the Olympic Trials. They take the top twenty-four times,” Lexye explains. “If I had declared my season’s best time, I could have been called up to compete at the Olympic Trials. The top three times during the trials make the Olympic Team. I would not have known until the last possible minute. I was so naïve; I didn’t know the Olympics was even a possibility.”

Instead, Lexye went straight to Florida after Nationals. “The Lord wanted me in Florida.” In Florida, Lexye spent the summer as a 2nd year leader of a group of girls taking part in the Kaleo Program, a student ministry organization that teaches participants the fundamentals of discipleship with conferences and leadership programs designed to teach them how to share the gospel of Christ. “My relationship with the Lord is the biggest priority in my life. I want to be known as a Christ follower. I don’t want to be defined by anything else in my life. My biggest goal in life is to multiply my life for Christ.” That is a sentiment reflected in one of Lexye’s favorite Bible verses:

“But whatever gain I had, I counted as loss for the sake of Christ. Indeed, I count everything as loss because of the surpassing worth of knowing Christ Jesus my Lord. For his sake I have suffered the loss of all things and count them as rubbish in order that I may gain Christ”

Although athletic competition has been a major part of her life, Lexye says, “The greatest joy I derived from competing is how it strengthens my faith in the Lord. The way I am challenged through sports and competition puts me in a different mindset; it pushes my body and mental state to a whole different level … getting to go through that is satisfying, win or lose … whether God allowed me to achieve the goal, or not.”

For Lexye, learning through those experiences, taking the blessings God bestowed on her through her talent and the opportunities, allows her to see the outcome one achieves by relying on Him. “Giving all the glory to God for my achievements is very important. I achieve nothing; God gives me the opportunity to glorify Him.”

At Texas Tech, Lexye is majoring in Nutritional Sciences and Dietetics. She is on the path to becoming a registered dietician. She is not certain where that will take her, “I love sports and would love to work in that area. I am interested in possibly going into Sport Dietetics; or, perhaps doing research in public health. I think being able to inform people about how to become more aware of and how to take care of their bodies through nutrition could be a beneficial contribution.” Her major field is a five-year course for the undergraduate degree, and then she will pursue her Masters, which is required for certification as a registered dietician. As for her track career? Due to COVID-19, she has an extra year of eligibility to compete. She may have missed out on the Olympics, but she has another opportunity to make the Nationals and perhaps improve her times, once more. Which, according to Lexye, will give her yet another, “Opportunity to glorify God and my relationship with Christ. By comparison with knowing Christ, nothing else means as much to me.” 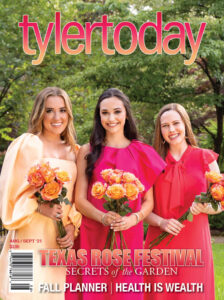