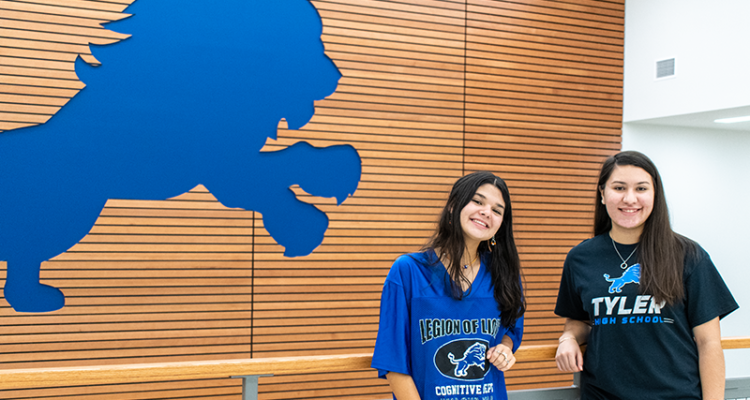 What’s In a Name? by Jennifer Hines

Many have wondered exactly how the new names for Tyler ISD’s two flagship high schools came to
be In the very short period of seventeen days from start to finish. as the one tasked with facilitating
the renaming process, I hope to share not only the process, but also a perspective on how we went
about this Inclusive and authentic endeavor.

As a journalist of twenty plus years, it has been ingrained in
me to always be fair and balanced. To accomplish this, you
first have to listen. And I don’t mean just listen—I mean
really, really listen, by giving people a safe place to speak their minds
freely and without judgment.

With this as our guiding principle, we began the renaming process
by soliciting community name submissions that followed Tyler
ISD Board policy. We then formed focus groups to evaluate the
suggestions. Each focus group contained a diverse group of three
students, three parents/guardians, and three staff (principal,
head football coach, and staff). It was important to focus
group members that they be heard and representative of their
communities. That’s why it was decided that each focus group
would meet on the very campus that they were naming, allowing
for both processes to be authentic, without influence from the
other campus. When meeting with these amazing community
members who gave up hours of their time to participate in this
process, it quickly became obvious that each and every one of
them love their school, their community, and their city.

First and foremost, we began with the knowns in mind; the
campus mascots and colors would remain the same. Each focus
group was charged to come up with no more than five names
they would like to submit to the superintendent, who would then
narrow it down and submit no more than three per campus to the
Tyler ISD Board of Trustees.

During the initial meeting, when each focus group first saw the
list of names that met Board policy, it was easier for them to agree
with what they did not want their campus name to be. In short,
they determined they did not want directional names! There would
be no North, South, East, or West or combination thereof. That,
in and of itself, eliminated a large percentage of the community
suggested name pool.

As a facilitator, I shared with them the revised Board policy. The
biggest change with the newly adopted policy is that schools
could no longer be named after a person, living or deceased. We
then discussed the options that did meet policy: ideas representing
patriotic beliefs, desired qualities, and outcomes. Local, state,
regional, and national areas of significance were also a part of
the conversation. We talked about branding, marketing, and the
importance of a name when representing the school outside of the
city limits at academic competitions, athletic events, and visual and
performing arts competitions. Then, members got a chance to think
and reflect: What’s in a name? What direction should we go? What
name will last for generations to come in which our students and
community can take pride? Each member had a chance to ask their
friends, family, and other community members, “What are your
thoughts on these names and why?”

As we came together again, it was important to acknowledge an
awareness of the emotions of all involved in this decision and the
varied points of view and opinions around something as significant
as a name change. Throughout the process, different members of
the group spoke freely about past hurts and present concerns; how
alumni might feel if one name was chosen over another; why one
name, while intentionally positive, might be construed the wrong
way; and even had a laugh over, “No, that makes the school sound
like a funeral home!”

It also was extremely important to both groups that a tie to the city
or community be incorporated into the school names. While we
considered a reference to the city’s claim as the “Rose Capital of the
World,” ultimately both focus groups felt that since we already had a
Rose Stadium and a “Tyler Rose” in football legend Earl Campbell,
it would be best to go in a different direction.

When all was said and done, the focus group for the then John Tyler
High School submitted their names to the superintendent who
then submitted the final three to the Board. The group agreed they
would be happy with any of the final names. The majority of the
students liked the idea of going back to the original name of Tyler
High School, saying it allows them to keep a part of their own legacy
while moving forward as the city’s namesake high school.

And for the then Robert E. Lee High School, the focus group
unanimously decided to only submit two names. The group wanted
to send a strong message to the Board that they wanted to be called
Tyler Legacy High School, a name they felt acknowledges the legacy
of past alumni who have great memories tied to the school, and at
the same time, acknowledges the desire to pave a new way for these
next generations to leave their own legacy.

Both Tyler High School and Tyler Legacy High School are under
extraordinary leadership from principals Claude Lane and Dr.
Dan Crawford, respectively. Both schools are also in the process of
building new and renovated state-of-the-art facilities that provide
students with unique and innovative learning spaces. As we look
to the future, it is my hope that our collective efforts through this
process will lead toward healing for some, acceptance of the situation
for others, and the building of something great in Tyler ISD.

What’s In a name?
What direction should we go?
What name will last for
generations to come In which
our students and community
can take pride?