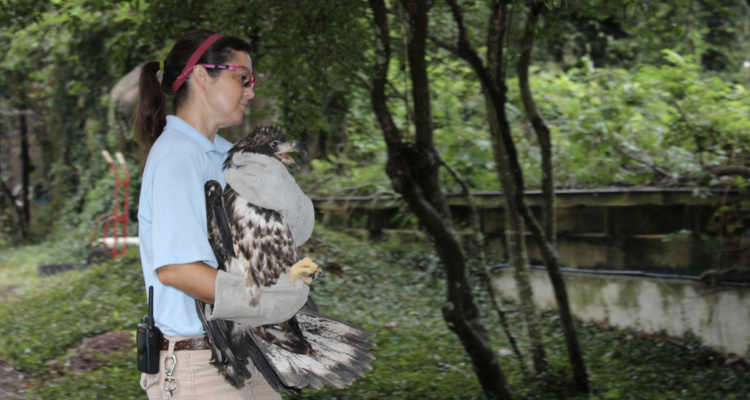 It was a wet spring day, and the water of the Trinity River was running strong with the onset of the seasonal rains. A lone hiker was ambling along the banks when he spotted what looked like a small, wet dog along the shore. He stopped and stared because something was different. Upon closer inspection, he was shocked to see that this was not a dog at all, it was a baby otter.

He quickly stepped back, not wanting to disturb the young one or separate it from its mother. So, he retreated to a discreet distance and waited. The pup didn’t move except for sending delicate chirps into the wind. No mother came. The pup was alone and obviously in need of help. The young otter was cautiously wrapped in a towel and rushed to a wildlife rehabilitation center in Flint, Texas.

Tanya Thibodeaux, a trained rehabilitator, took in the young female otter and gave her a thorough medical exam. She was obviously just a few weeks old and very dehydrated. She hoped that the little one wasn’t too far gone, and, with around-the-clock   attention, she could bring her back from the brink. The otter was so weak, she didn’t put up much resistance. She was so little that she had to be bottle-fed. Tanya’s years of experience would be absolutely needed if this pup was going to survive. As the weeks went by, the otter responded well, gaining confidence, and enjoyed playing with other orphan otters at the center. She was given the name Pearl.

The orphan otters matured together, gradually getting stronger and learning to forage for their own food, just as they would in the wild. After months of rehabilitation, it was time to return the three orphaned otters to their natural habitat. They were released on a protected area of Lake Palestine on March 5, 2015.

To everyone’s surprise, four days later Pearl showed up, back at the rehabilitation center. She had lost a lot of weight, her feet were worn raw, and she was suffering from numerous cuts and bruises. It was an amazing and seriously dangerous journey over several miles and numerous road crossings, but somehow, she found her way back. Knowing that such an arduous trip could not be risked again, it was clear that Pearl needed a safe refuge that would allow her to live a full, healthy life. Tanya knew the best place—a habitat with clean water, plenty of nutritious food, welcoming playmates, and expertise in the care of wild animals. Tanya called the Caldwell Zoo and shortly thereafter, Pearl moved into her permanent home and joined her new family.

When people think of zoos, they often think of exotic animals from faraway places. There are definitely reasons for that since many zoos are actively involved in helping endangered animals all around the globe. But many institutions, like our Caldwell Zoo, are intensely focused on the well-being of all wildlife, including those that are native to our area. Pearl’s story is just one example of rescued animals that have found long-term safety and security in our campus.

The story of Indy is another heart-warming tale rescue.

The bald eagle is an awesome bird species. They are incredibly powerful, strikingly handsome, and majestically graceful. It is no wonder why they were chosen as a symbol for our country. So, it was a sad day when a young eagle was found alone, on the ground, crippled with a broken wing. If left unattended, there was no way he’d survive. Like Pearl the otter, he was taken to a specially trained, wildlife rehabilitator. Due to his accident, it was obvious that he’d never be able to fly, but by giving him special treatment, his life could be saved. After months of delicate care, Indy’s wounds healed, and he gained strength. But bald eagles are big and powerful, and he’d need a very special place to fully mature and live a long healthy life. Once again, the Caldwell Zoo stepped up and provided a custom-built habitat just for Indy. Today, he is often seen nobly standing on his perch, greeting visitors as they admire his regal good looks.

The Caldwell Zoo is the home and safe haven for a wonderful variety of animals from near and far. Many of the species that live here, need special attention. Some face extinction in their native homelands, while others have required treatment from injuries they incurred right here in Texas. There’s Sox the Fox, Artemis the red-tailed hawk, and even a prickly porcupine that have been rescued. No matter where they are from, we know that all animals deserve our respect and attention. They are all precious. So, we invite you to come for a visit and learn more about the heroic stories of our very special family. 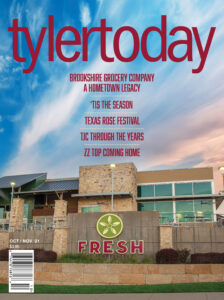