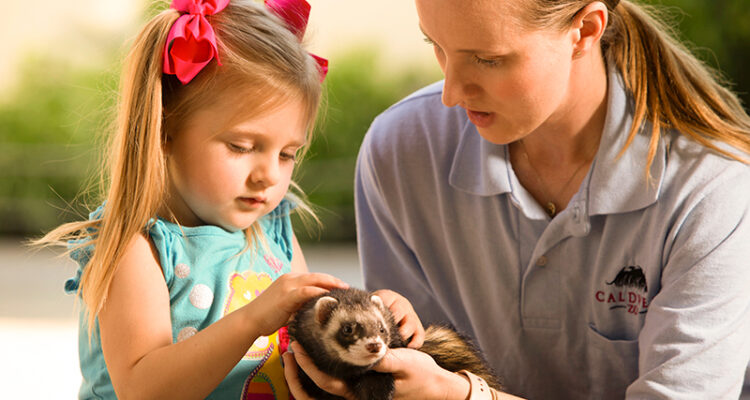 The mornings were pretty quiet on top of the hill where
Lincoln Street met Bow Street. There wasn’t much
automobile traffic at this time of day, or really at any time
of day. Of course, in the early hours, there was no one at the
Crest Drive-in movie theatre that was just across the street. No
one was out walking their dog. Not many trucks were thundering
down the roads, making deliveries. It was a pretty quiet area of
Tyler, more than a mile north of downtown. But if you stopped
and listened, there were some strange noises coming from behind
the fencing that wrapped around the hill. This wasn’t farmland
where one might expect to hear animal noises. In fact, it was
mostly forest, yet there were calls—strange, unusual animal
noises wafting in the Texas breeze.

Yes, you might recognize the bleat of a goat, the boisterous
declaration of a rooster or the guttural moo of a cow. But there
were other noises that didn’t fit in the woods of East Texas. There
were bird calls that didn’t match any blue jay, mockingbird or
crow. There were strange cackles, and even roars, coming from
behind the fence.

D.K. Caldwell walked up the hill, turned the lock and opened
the gate. Tyler’s first-ever zoo was open. The year was 1953.

D.K. never meant to open a zoo. He was simply fascinated by
the wonders of nature. He saw how children were mesmerized
by animals. There was a natural allure to connect with wildlife.
So, over the years, D.K. gathered animals that kids could come
and see. There weren’t many at first: a couple of goats, a cow,
a donkey, some bunnies. But, over the years, the collection
grew and became more exotic. If he could share the wonder of
domestic animals, why not share some of the awesomeness of
animals from far-away places as well? The smiles on children’s
faces were the inspiration.

The menagerie of animals grew beyond the capabilities of the
family’s backyard. It was quite obvious that the Tyler community
was fascinated by wildlife and appreciated the opportunity to learn
about animals. So, the Caldwell family made the big decision to
open a real zoo for the enjoyment of whole community. The goal
was straightforward: give the City of Tyler a zoo, where everyone
could learn about and get up close to wildlife. The driving force
was education. Having spent a large part of his professional
career outdoors, D.K. appreciated what nature could teach us
and how exciting learning could be outside of the confines of a
normal classroom.

So, D.K. established a foundation supporting the creation of
Tyler’s first zoo and a nature-based children’s preschool. D.K. did
his due diligence. He studied the big-city zoos of Texas and met
with experts in animal husbandry and education. Then suitable
land was designated, additional animals were collected, proper
enclosures were constructed, and staff was hired. In the spring
of 1953, the Caldwell Zoo opened to the public with fewer than
one-hundred animals and a total of six staff. Admission was free
and the zoo was only open from 2:00 PM to 6:00 PM from April
to October.

Things were different back in 1953. Gasoline was twenty-two
cents per gallon. A loaf of bread was twelve cents. The minimum
wage averaged less than a dollar per hour. The very idea of what
a zoo should be has changed over time. Throughout the past six
decades, the zoo has expanded and evolved to keep up with guest
expectations, conservation efforts, government regulations, and
veterinary services. The Caldwell Zoo is now home to more
than three thousand different animals from around the world
and keeps a staff of more than eighty-five full-time employees.
It is nationally recognized as a main preservation contributor of
some critically endangered species. The goal of giving the East
Texas people a world-class zoo, full of educational programming,
remains unwavering.

Now, in 2020, sixty-seven years since the zoo first opened,
Hayes Caldwell, D.K.’s nephew, carries on the mission.
He has been involved with the zoo for quite a while. “Well,
unofficially I started helping at the zoo since I could walk. I
guess, I officially started working when I was around the age
of fourteen,” Hayes said in a recent interview. “I mowed a lot
of grass, milked cows, cleaned stalls. Whatever was needed. It
wasn’t easy work, but I loved it.”

The zoo became his calling. So, upon graduating from Tyler’s
Robert E. Lee High School, Hayes attended Texas Tech University
to garner a degree in Park Management. After graduation, he
moved back to Tyler and began working as Assistant Director.
After four years, he was promoted to become the Director in
1976. He has held that position continuously through the myriad
of changes as Tyler has grown and the concept of zoos has evolved.

“Originally, it was pretty simple. D.K. wanted to give the
community a place to visit, connect with nature and learn about
the natural world. He loved seeing people smile and laugh and be
amazed by animals,” Hayes explains. “When you see someone get to
pet a baby goat or a guinea pig, and their face just beams with joy
and wonder, it’s kind of magical. So, that’s always been the driving
force. Of course, as times change, we need to make adjustments. We
are constantly updating and improving. For the staff, it’s a work of
passion. We’re like a big, energetic family. All of us are constantly
learning so we can give the absolute best care to our animals while
providing a truly enjoyable experience for our guests.”

The animal collection has grown. The habitats are more expansive.
The animal diets are monitored with meticulous attention.
Special conservation programs are aligned with organizations all
around the planet. It takes passion and real dedication to keep
the zoo up and running. It really is a family tradition.

Many of the current employees grew up coming to the zoo,
visiting with their friends and families. The experiences they
received from attending the zoo, inspired their career choices. The
longevity within the staff is almost unheard of in any other field.
Scott Maddox, the Assistant Director, has more than thirty years
with the Caldwell Zoo. He started his career as a young animal
keeper and now enjoys bringing his grandkids to the zoo. Scotty
Stainback and his wife Yvonne met at the zoo and have over sixty
years of combined experience. Jimmy Brooks, the supervisor
of large mammals, started in 1989. Lisa Clay, who is now the
warehouse attendant, began as an animal keeper three decades ago.
William Garvin, one of the experts in reptiles, started in 1996.
And if you’ve ever walked through the front gates of the zoo, you’ve
probably run into Mike Tucker, the Director of Visitor Services.
He’s been working throughout the zoo campus for forty-four
years. That’s just a small sample of the dedication of the zoo family.
From the animal keepers to the educators to the veterinarians to
the grounds and maintenance crews; all throughout the zoo, every
position is packed with experience.

Why? Why does the
Caldwell Zoo maintain such
long relationships? Some
of the stories answer the
question.

“Some years ago, there was a baby giraffe born at the zoo. He
couldn’t stand on his own. We knew we had to get him up in order
for him to survive. So, the veterinarian and I made the decision to
go in and help. We were able to get the newborn to his feet and
helped him take his first steps. After a while, he was able to walk
on his own and we were able to leave him with his mother. He
thrived from that moment on. He just needed a little help from
someone who cared.”

SCOTT MADDOX GAVE THIS ANSWER AS TO WHY
HE’S WORKED AT THE ZOO FOR SO LONG:

“Last year, after more than two years of very careful preparations,
we received two young, male, African elephants. The process was
incredibly complicated, and we wanted everything to be just
right. The move from the San Diego Zoo Safari Park to here went
just fine. Once here, the boys were being monitored constantly.
Then, one, hot afternoon, Mac and Emanti, the young elephants,
timidly stepped into the pool that is a part of their habitat. Within
moments they were diving and swimming and spraying water
with their trunks. They were obviously really enjoying themselves.
After thirty years, that kind of moment is still just awesome. It’s
never boring here.”

FOR YVONNE STAINBACK, THE WORK
HAS SPECIAL MEANING:

“There’s real satisfaction in discovering what it takes to get a
species to feel comfortable enough to breed in the habitat that we
create. There’s also some real gratification seeing a visitor touch a
snake and discover that they aren’t so scary. It’s a blessing to have
a job where I can work with animals on a day-to-day basis, and
also have a positive impact on guests and their appreciation for the
animals we care for.”
Those are just a few valuable moments that fill the hours and days
of work at the zoo. Every staff member seems to be driven by a
love for wildlife and a passion to share the depth of nature. When
asked about the family vibe of the zoo, Hayes mentioned that it
goes far beyond the borders of this specific zoo, “Really, zoos as a
whole are like family. We all work together to update information,
provide insights and collaborate on conservation efforts. We work
very closely with other AZA-accredited zoos to help in species
survival plans for cheetahs, Attwater Prairie Chickens, Texas
Horned Lizards, flamingos, zebras and many other endangered
animals. We simply have to work together to make a difference.
And I think that is what keeps us together. We are driven to help
animals and connect people with wildlife.”

“This may sound corny,” Hayes reflected, “but it’s absolutely
true. When I walk through the zoo and see people pointing at
the animals and smiling, it’s rewarding. And yes, there are special
moments that really inspire us. I remember a particular Zoo
Member event. There was this little girl. She may have been twoor three-years old. The keepers brought in a couple of hand-raised
flamingos as ambassador animals for the members to meet.”