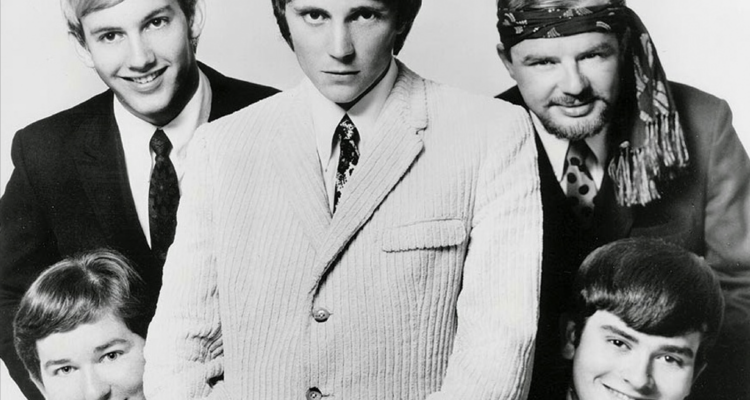 Mouse and the Traps

Many people in Tyler are familiar with the sixties rock group Mouse and the Traps. They were one among the many groups that recorded at Tyler’s famous Robin Hood Studios during the sixties and early seventies. The musicians in the band were all schoolmates from Tyler. The original group consisted of Ronny “Mouse” Weiss (lead vocals and guitar), David Stanley (bass), Bugs Henderson (guitar), Don “Levi” Garrett (drums) and Jerry Howell (keyboards). Fifteen-year-old Ken “Nardo” Murray replaced Garrett on drums after the group’s second song was recorded. Bob Delk and Tim Gillespie, respectively, later replaced Howell on organ. When the band’s early records began getting airplay nationally, they started touring throughout North Texas, Louisiana, Arkansas, Tennessee and Ohio. They played on college campuses, in nightclubs, and at several outdoor concert festivals during that period. After they were signed by Fraternity Records in Cincinnati, Ohio, the band was soon making appearances on the various television dance shows that became popular during the late sixties.

“Almost every market had some kind of local dance show. In Dallas, it was ‘Sumpn’ Else,’ hosted by Ron Chapman, who was one of the most popular radio deejays in Dallas at the time.  In Houston, it was ‘The Larry Kane Show.’ In Cleveland it was a show called ‘Upbeat,’ first seen on the ABC affiliate WEWS-TV5 and later syndicated nationwide,” recalls Ronny Weiss—the musician known as “Mouse” who was the leader of band. “All of those shows took their cue from a show in Philadelphia that was originally called ‘Bandstand’ when it started in 1952. Dick Clark took over as host in 1957 and the show’s name was changed to ‘American Bandstand’ when it was picked up nationally.”

The group had a good run from 1965 until 1971, releasing a new recording about every six months. “We never really broke up,” says drummer Ken “Nardo” Murray, “We just ran out of gigs.” For several years, the band members took whatever jobs they could get playing. In the early seventies, the band played under the name Rio Grande for an album produced by Dale Hawkins on the RCA Records label. They also played with a band called Gladstone for an album produced by Robin Hood Brians on the ABC Records label. In 1986, the band came back together as Mouse and the Traps for a memorable reunion concert at Flagpole Hill in Dallas. “We were invited to perform at the Texas Sesquicentennial Celebration over the Fourth of July Weekend,” Mouse remembers. “We played for an audience of about 9,000 in the searing Texas heat. It was one of the best concerts we ever played.” That concert included original members Mouse playing lead and singing, Bugs Henderson on guitar, Dave Stanley on bass, and Nardo on drums.

Since that first reunion concert in 1986, Mouse and the Traps has played together regularly, performing reunion concerts two or three times every year. They are one of the few bands who have consistently played with most of their original members intact. In 2012, original guitarist Bugs Henderson passed away, and his role has been filled by Larry Stanley, brother of the original bass player, Dave Stanley.  Their new keyboard player is Gary Freeman, who joined the band a few years ago.

Despite releasing several albums of original music, Mouse and producer Robin Hood Brians both shared a dream of one day having Mouse and the Traps record an entire album of Dylan songs. “The Beatles and Dylan were probably the two biggest influences on the rock sound of the sixties,” recalls the group’s producer and manager Robin Hood Brians. “The word-imagery that characterizes the lyrics of most of Dylan’s songs is what elevates them to the status of literature.” Fifty-four years after “A Public Execution,” and three years after Dylan became the first songwriter to receive the Nobel Prize for Literature, the dream of an entire Mouse and the Traps album devoted to the music of Bob Dylan came to fruition. “As a producer and songwriter, when you first start a recording session, you are never sure if you have a hit or not. That’s not the case when you start an album of Dylan songs. You know the material is good,” Brians explains. “We felt the responsibility of introducing a new generation to Dylan. Our greatest hope is they will appreciate his music as much as we do,” Mouse explains.

The new album is called “Walking in Dylan’s Shoes,” and all of the band members consider it one of the best recordings they have ever worked on. The advantage of making a studio album is controlling every aspect of the process. “We spent a lot of time just deciding which songs to include and in what order we would present them on an album,” says Mouse. “We want the people who hear these cuts to gain insights about what it’s like walking in Dylan’s shoes.” Another aspect of this session is the instrumentation that captures how Dylan’s songs meld easily within different genres. This album contains echoes of jazz, blues, country—even Caribbean rhythms—demonstrating the universality of Dylan’s writing. The genius of the album emerges through the arrangements that demonstrate what fans of Dylan have known all along: it is impossible to pigeonhole a Dylan song. “When I was with Delta Records, I must have played guitar on more than 200 albums for different artists,” says guitarist Larry Stanley. “This recording is the best thing I’ve ever done.” Bass player Dave Stanley adds, “I’m thankful that we are all still here to do it. I’m grateful that Robin Hood was insistent about us getting back in the studio.”

“I listen to ‘Knockin’ on Heaven’s Door’ and I don’t think anybody does it any better. That’s not bragging, it’s just that we’ve been playing these songs for more than fifty years and they’ve become our songs,” says drummer Nardo. “This album is not only a tribute to a great songwriter, but it is our legacy for what we did and what we continue to do.” When Gary Freeman came into the studio for the session, he says he was not as familiar with the Dylan songs as the rest of the group. “I wanted to add what I could, not to imitate what was done before, but so we could put their stamp on the music. I suppose I can say ‘our’ stamp because we all contributed to making an album that captured the essence of the era when these songs were first being heard on the radio.”

When Brians made the first recordings of Mouse and the Traps, the technology was rudimentary. The band played as a group, and additional tracks were created by making a mix and then overdubbing. “From the start of the recording session for ‘A Public Execution,’ until the final mix was completed, was only a matter of a few hours,” says Brians. “On this new album of Dylan songs, some of the cuts use as many as fifty-two discreet tracks. The challenge is to take advantage of what can be done today with better technology, without losing the feeling the songs gave listeners when the public first heard them. The album not only pays homage to Dylan’s artistry, but it also shows how relevant the songs remain half a century later when interpreted by a band as versatile and artistic as Mouse and the Traps!”

MOUSE AND THE TRAPS

All songs written by Bob Dylan, courtesy of SONY/ATV (ASCAP)

CDs are available from iTunes, Apple Music, CDBaby.com, Bandcamp.com and streaming on Spotify. Locally, they can be purchased from American Band, Tatum Music, Mundt Music and Major’s Pharmacy.